The Mining Dumps of the Potash Mine Amélie,  Wittelsheim, France

2006 marked the closure of the last potash mines in Alsace, a region of France that had been mined for over a hundred years. Potash is a common mineral used primarily as an agricultural fertiliser. Mining it produces two major by-products: sodium chloride (common table salt) and sand, which have accumulated at Wittelsheim in large heaps. For years, rainwater has washed the salt out of these mining dumps, polluting the ground water of the entire Alsace region and making it unsuitable for drinking. The salt run-off has also contaminated the river Rhine, making it saltier than the sea. As recently as 1991, 115 kilograms of salt per second entered the Rhine from this source. This means that every year, 4 million tons of sodium chloride flowed into the Netherlands. The Rhine, however, is one of the most important sources of drinking water in Europe, and the water has to be desalinated at enormous cost. Thanks to the efforts of environmental activists and waterworks operators in Holland and Germany, remediation of the waste heaps started around the year 2000, and should soon be completed. The enormous dumps were shifted onto waterproof platforms lined with plastic and bordered by ditches. The mixture of salt and sand is washed by powerful water jets. The fresh water dissolves the salt, which flows into the ditches. After desalination, the purified water is returned to the river, and the sand that remains can be safely disposed. I encountered this tailings remediation site by chance in 2003, and I was immediately fascinated by the resemblance of the procedure to natural erosion in mountainous areas. The spray of water resembles natural rainfall, but the relatively soft salt-and-sand mixture erodes much more quickly than natural landscapes. I took the photos over the course of twenty days, while the water jets were active, using a Hasselblad camera and Kodak Tmax 100 and 400 films. I was fortunate to come across a number of cliffs, pillars, sheer faces and natural arches shortly before they collapsed. Features such as these are rare in natural landscapes, but here they were concentrated and accelerated. The absence of vegetation and buildings evoked pre-historical landscapes, such as mountain formations, water courses, and flood plains. It also challenges the viewer to discern the scale of the landscape they are viewing; in fact, the pillars reach ten meters in height.

The photographs recall landscape paintings by such 18th century masters as Caspar Wolf, Caspar David Friedrich, and William Turner. In the Romantic era, the Alps remained relatively little known, and could still be used to express an idea of the sublime. Times have changed, however, and today we cast a colder eye on mountains; economic, ecological, and technical questions are more engaging. The black and white photographs of this series evoke a long lost memory, but it is important to know the background of these photographs: the consequences of 20th century potash mining. 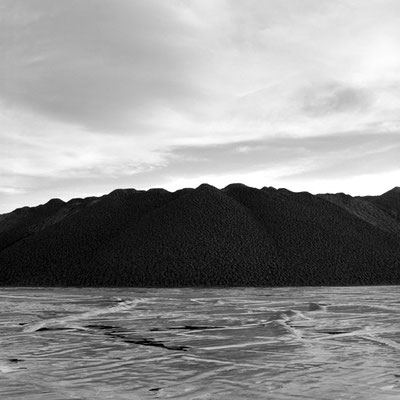 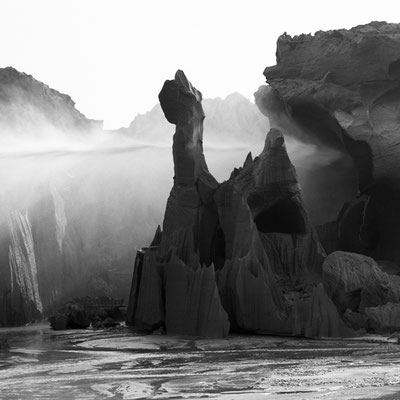 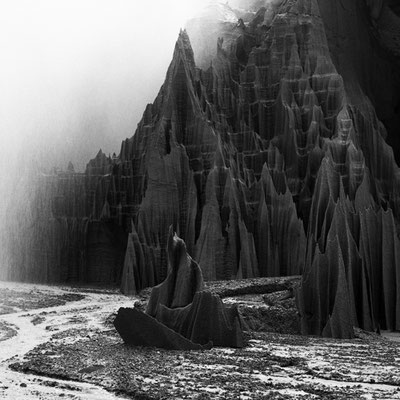 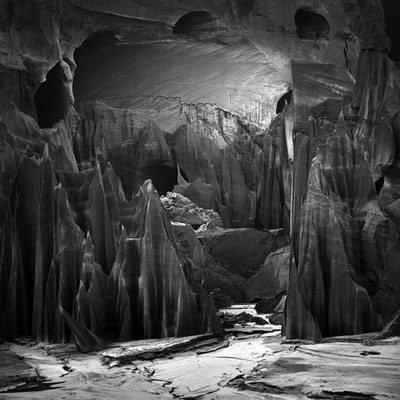 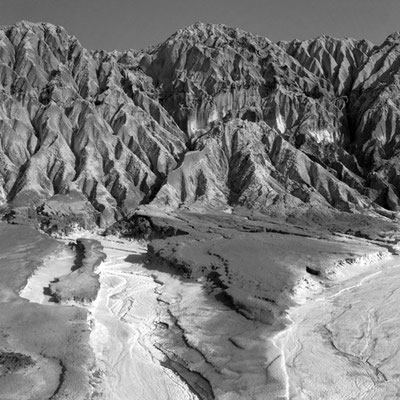 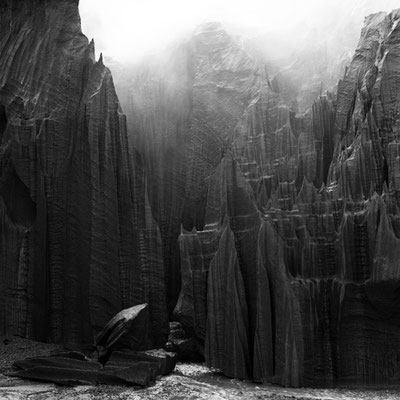 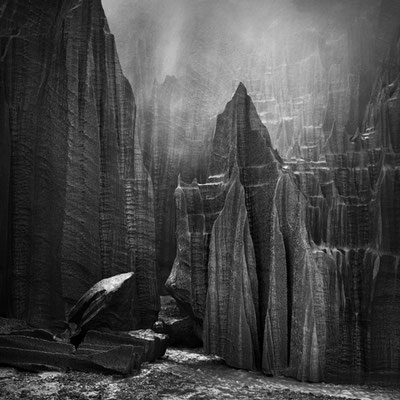 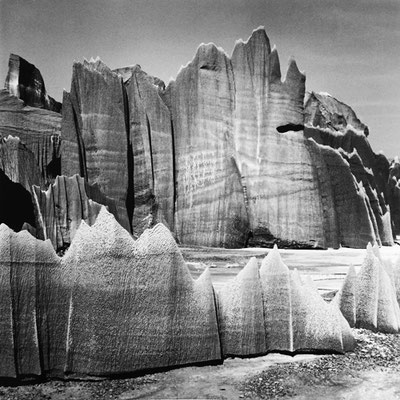 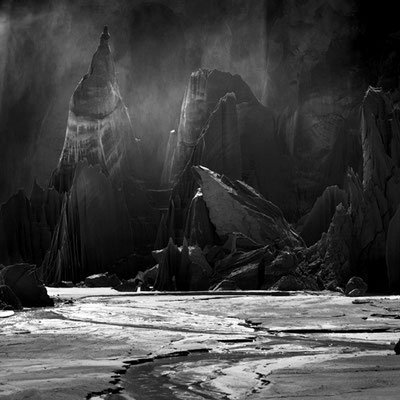 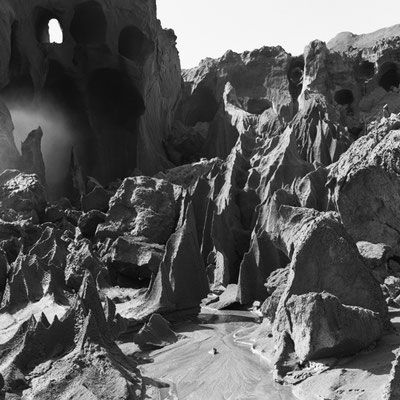 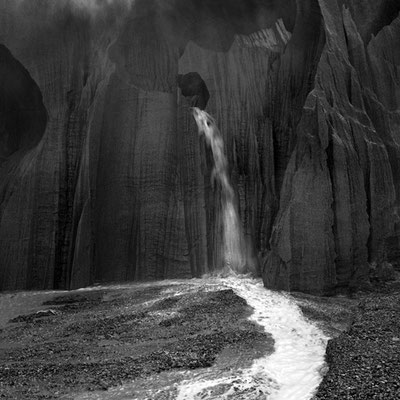 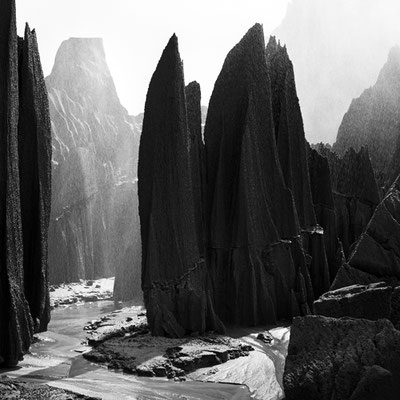 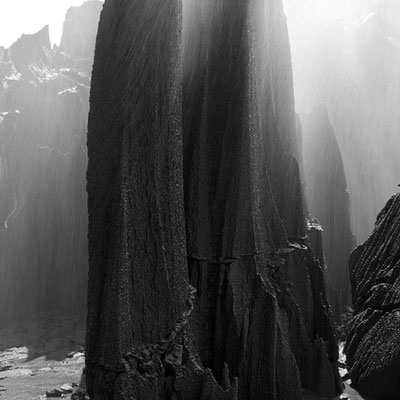 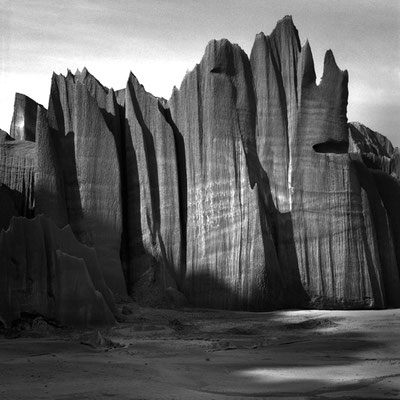 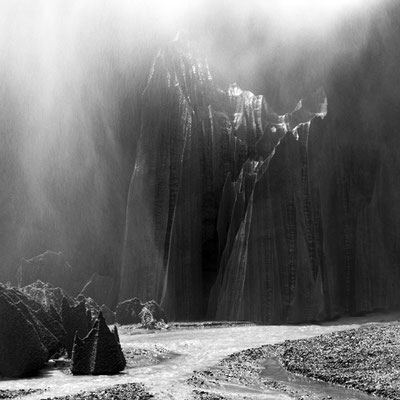 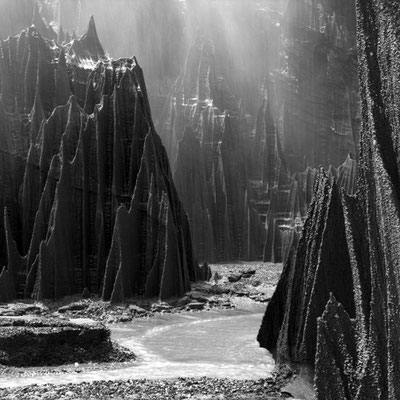 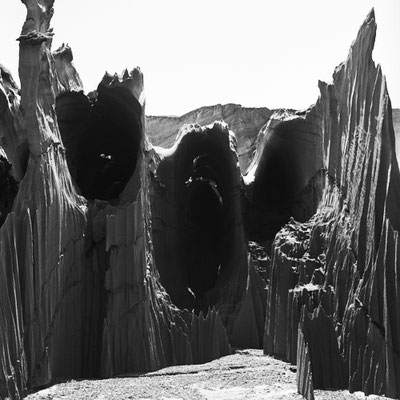 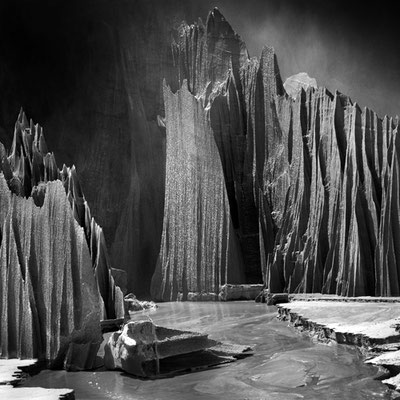 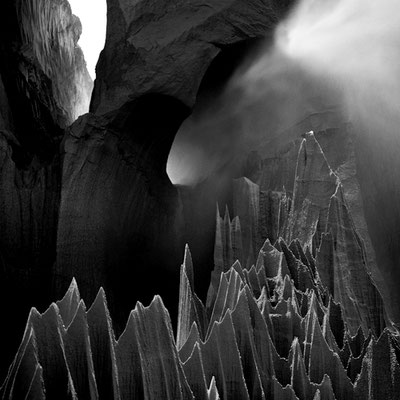 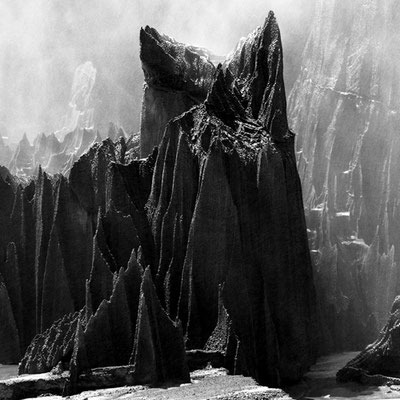 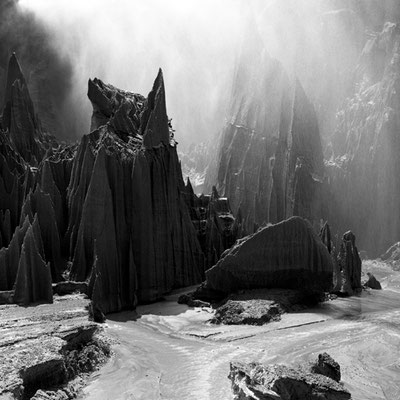 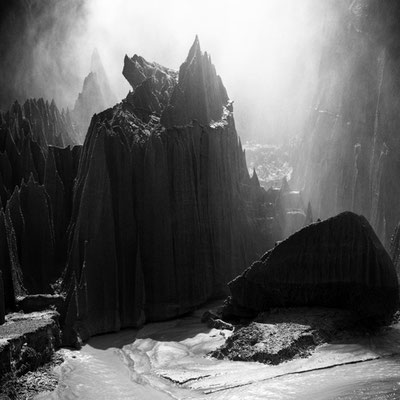 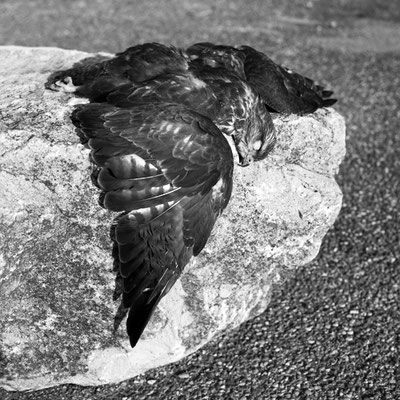 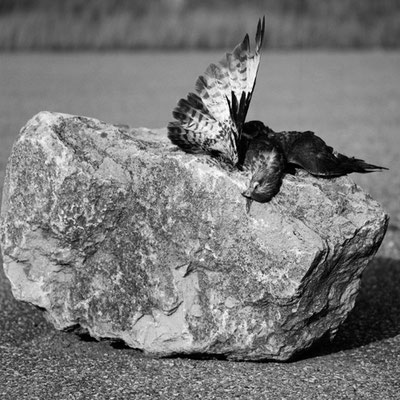 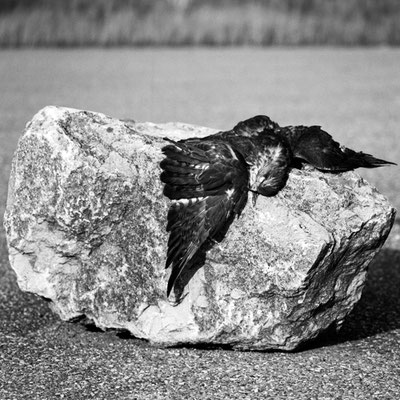